I had been pushing away the mammoth task of writing my first blog. The pressure of writing something fascinating about a titillating topic was getting to me and I was responding just how any other perfectionist would: with procrastination!!! Just when I felt that I must be eloquent and write something earthshakingly important, I was given a gentle yet unexpected nudge – BE AUTHENTIC! That’s what your life is about right? That’s what your blog is about!

And so I asked my self- what made this an important value in my life? I remember that, early in my childhood I felt I was a bit of a misfit. I had quite a number of people surrounding me, I was not an only child, and had a rally of kids ‘playing’ with me. Still, I felt like I just dint belong. I would play ‘Uunch neech ka papda’ (a very popular game in north India) ‘Dog and the bone’, ‘Gallery’ etc, but something always made me feel un-understood. 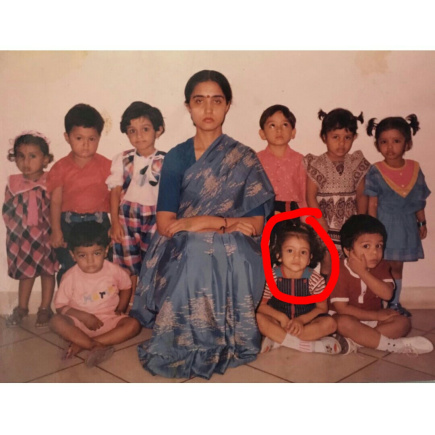 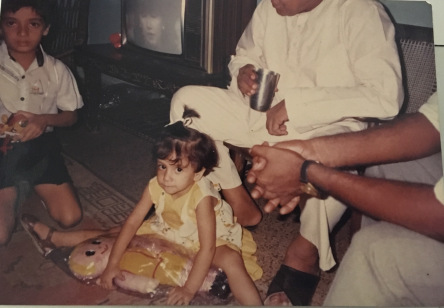 I dint feel safe to be who I was, because I felt I was a nut. An uncool kid, who had thin scrawny legs and always wore shorts so they were consistently dirty and scabby from all the falling around. My father then walked in on me one day, while I was sitting and reading one of the ‘William’ series book, on a bright sunny holiday, when all kids my age were running around outside screaming, laughing and sweating, quite profusely. He asked me, what was I doing inside on such a glorious day, when there was no homework to do! (It was too soon into the holiday to start with that kind of stuff!) “Umm, well I was reading” is what I said, but only a father could sense in those words a deeper dissatisfaction. With a ‘come, sit with me’ from him, I knew I was caught.

That day was the first time I remember telling my dad, that everyone has a personal best friend out there but not me. I was friends with everyone, but every now an then they have other, more important, people to hang out with, than me and I got left out; so sometimes I didn’t like going out. That was also the first time in my life I was being consciously taught a value which, little did I know, I would begin to live my life by eventually. He put aside all my fears of being different. Fears of being, an under confident speaker, an over sensitive child and all other qualities that I felt, made others dislike me. Mr. J.K Dhaundiyal was many things to many people. A mentor, a guru, a boss, a husband, a friend, and a comrade, but to me he was my personal clown, who taught me the simplest of things in the fun-nest of ways. If you know me, this should not come as a surprise at all, that I dedicate my first blog to my father- THE MAN WHO MADE ME, quite literally. 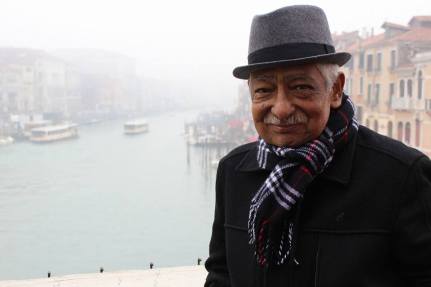 He was probably the most intelligent kid in his village and that is perhaps why, when he showed signs of academic excellence in his early childhood, Dr. Lehmann of the Lehmann hospital in Vikasnagar, offered my grandfather to take him out of the village paathshaala and get him a seat in a boarding school in Mussorie. Being an expensive affair, my granddad, Mr. Nagendra Dutt Dhaundiyal was a little apprehensive at first, but with Mr. Lehmann’s scholarship and faith in the fruits of this act, my father was sent to Wyneberg Allen School in the beautiful hills surrounding the, then small, town of Dehradoon.

From running around in the fields, bare feet and climbing mango trees for pastime, with his dog at his heels, my father found himself in a crisp pair of shorts and a ‘bushirt’ with a tie. I can only imagine, how he must have felt, all tied up and scratchy from the starch in the clothes to make them look new and shiny, like the other white boys in school. I am told, that when he got there, he was as shy and under confident as I felt up until my early teens. The only premise on which he walked out of the school office, leaving his parents behind, was that a beautiful teacher with a soft voice told him that there were lovely things to eat around in the school campus. Would you like to see them Jai, I could give you tour? is what she would have asked and my father reluctantly must have decided to go check out these exotic yummy things and this big campus that his entire village would have fitted in. He came back with his hands full of what they called “bum cakes’ only to find his parents had left him! If there was a sense of abandonment, then many years later he was fairly grateful for it, because being educated in that school changed his life.

This man was a, a bundle of lessons for me. The reason why I am a dancer today is because he understood what stifled passion could result into. His scholarliness made everyone around him believe to be set on a path towards the civil services. But his dream was not to be a government babu! His MA in History, taught him to look at things multi-dimensionally . History was proof that if one wanted to do something consequential, every small action counts. History was never made by inaction. His journey through Le’ Martiniere College and Allahbad University made him a resilient visionary. He was an English teacher at The Air Force School, he was an underground leftist journalist during the emergency, he was a copywriter at Chaitra (now Leo Burnett) and then finally he finished his long haul, of shaping many minds, at JWT. All through this he knew, only too well, that he was picked up from the village paathshala to make a difference in this world.

At JWT he spearheaded the award winning campaign – ‘Keep India Beautiful’. It shook the world of advertising, and won the maximum number of awards in the history of Indian advertising till date. It not only won the Gold at New York Festival of Advertising, but also went on to win the Grand Award among all the categories from across the world.

It’s like winning a Gold in Olympics IN ALL CATEGORIES!

Next, the ‘Dost Bane Hum’ campaign for the same client (Department of Tourism, Govt. of India) was also a winner. This was the first campaign educating Indians about how we should treat foreign tourists. (We could do with another round of this one!) In his later years he also worked with Unicef for the education of the female child in a war torn Afghanistan.

His knowledge of films and filmmaking was astounding. One would learn a new thing or two, each time one discussed films with him. One of the biggest moments for him was when he got to work with Mr. Shyam Benagal on a series of films for Unicef. I grew up watching so many Benegal films that I can recite dialogues from many of them even now. The intellectual intricacies of those films did not stop me from snuggling up to my ‘dada’ and watch them again and again, while taking in his ‘Denim Powder’ smell, somewhat mixed with the ‘green Cinthol’ fragrance. The client ‘Unicef’ was so happy with their work that HTA (JWT) decided to start a new unit called ‘Thompson Social’ and made him the Creative Chief of Thompson Social. At JWT, he made some life long associations with the likes of Naveen Mathur, Surajit Roy, Achinto Bisbas , D.K. Bose, Vikky, Ajoy Bhan, Rejendra Singh, Gurucharan Kohli, and Mr. Ashok Uttam, all brilliant professionals and talented human beings in their own fields.

10 july 2010, I still remember being greeted at the airport with a bouquet of flowers by my smiling mother and slightly balding father! They both were so happy and excited to see me that I was a bit confused, ‘had it been way too long since I last came home?’ Nonetheless the conversation that followed went a something like this-

Me– Dad you look younger, a little balder but younger.. What’s up, have you been on a diet!!

Dad– No baba, just happy to see you!! Where should we go for lunch..

Me– I want Khaosuey, but seriously I’m impressed with how fresh you look!!!

For the first time I understood what one means when one says ‘the earth beneath my feet shook’ I just did not know how to respond for a few seconds.

Dad– Its 2nd stage so its treatable.

Ma– We’ve already started the process of fixing this, so don’t worry.

(Note to self: I will always inform my children of what’s happening when it’s happening and not shock the daylights out of them when they come home)

Anyway, it seems to have been just a momentary set back, because he kept working, travelling the world and generally being himself. With his chemo taking place at Artemis in Gurgaon, under the best doctor and his college friend for life, Dr. Subodh Pande, working with Mr. Naveen Mathur after retiring from JWT became easier. He would drive himself to Gurgaon for his chemo, and then on his way back stop in Vasant kunj to work with Mr. Mathur on their new project! This man did not know how to stay ‘stop’. And that is what he taught me. Don’t let things like heartbreak, fights, failure, rejection or CANCER stop you!! If you really love doing something, keep doing it.

JK Dhaundiyal taught me to be resilient, and relentless. From him I learnt that I’ve got to stick to things long enough and they will work out. I have to stand by my beliefs, no matter how they are seen by others. Only I get to live my life, so I may as well be authentic to my self

21st May 2014, 20 odd days before my sisters wedding, I lost him. Not to cancer, but to everything else that comes with it. A weak immune system, low blood count, kidney issues, all of it.

Our world momentarily ended. We three were so lost without him, we seriously did not know what to do with ourselves. But what he left for me, other than my mom, my sister and a huge bunch of people who loved him so much that they were standing with us till the very end, was the idea, that ‘no one is invincible’. That is not what life is about, cheating death… It’s about “living before death comes”.

He lived his life on his terms, never followed anyone or any idea blindly. He read, A LOT! He ate, drank and was merry till the very last! He taught me how to appreciate cinema and sufi music, The Beatles and Deep Purple, Hitchcock and Satyajit Ray. He gave me my first Roald Dahl and Ruskin Bond books. He made sure I had an imagination! His life taught me strength and courage, and his death tested me for it. I hope I did him proud. Somewhere deep down I know I did. I love you dad, and I know we will meet again.